Sample Problem 1:
a) Construct an ellipse when the distance between the focus and the directrix is 30mm and the eccentricity is 3/4.
b) Draw the tangent and normal at any point p  on the curve using directrix.

Steps for Construction of Ellipse. 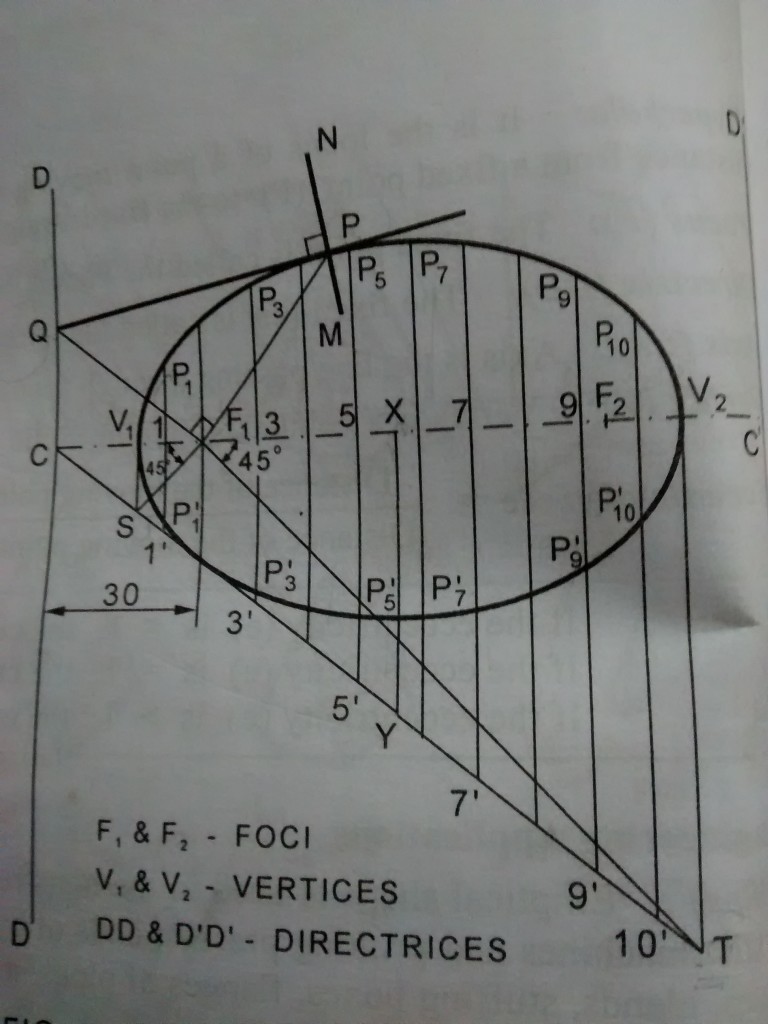 Video Materials For Construction of Ellipse :

Engineering Chemistry Video Lectures UNIT - I 1.Classification of polymers 2.Types of Polymerisation We didn’t restrict ourselves with book knowledge...