Schema is a logical description of the entire database. It includes the name and description of records of all record types including all associated data-items and aggregates. Much like a database, a data warehouse also requires to maintain a schema. A database uses relational model, while a data warehouse uses Star, Snowflake, and Fact Constellation schema. In this chapter, we will discuss the schemas used in a data warehouse. 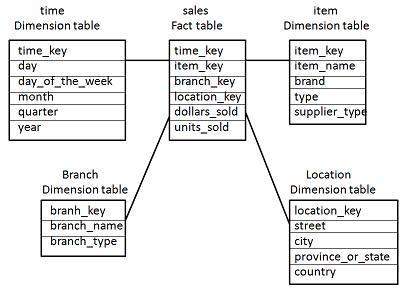 Note: Each dimension has only one dimension table and each table holds a set of attributes. For example, the location dimension table contains the attribute set {location_key, street, city, province_or_state,country}. This constraint may cause data redundancy. For example, “Vancouver” and “Victoria” both the cities are in the Canadian province of British Columbia. The entries for such cities may cause data redundancy along the attributes province_or_state and country. 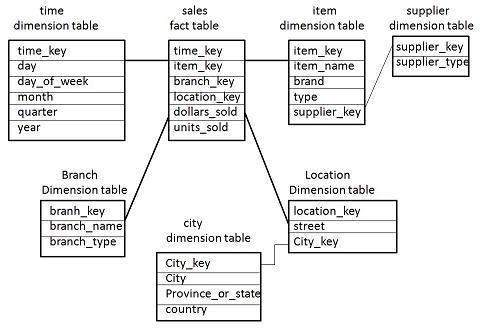 <b<>Note: Due to normalization in the Snowflake schema, the redundancy is reduced and therefore, it becomes easy to maintain and the save storage space. 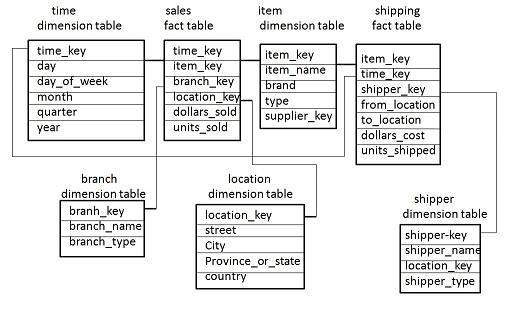