Online Analytical Processing Server (OLAP) is based on the multidimensional data model. It allows managers, and analysts to get an insight of the information through fast, consistent, and interactive access to information. This chapter cover the types of OLAP, operations on OLAP, difference between OLAP, and statistical databases and OLTP.

We have four types of OLAP servers:

Hybrid OLAP is a combination of both ROLAP and MOLAP. It offers higher scalability of ROLAP and faster computation of MOLAP. HOLAP servers allows to store the large data volumes of detailed information. The aggregations are stored separately in MOLAP store.

Roll-up performs aggregation on a data cube in any of the following ways: 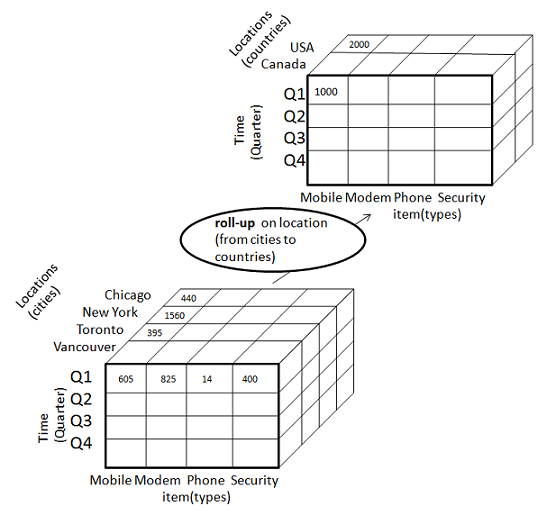 Drill-down is the reverse operation of roll-up. It is performed by either of the following ways: 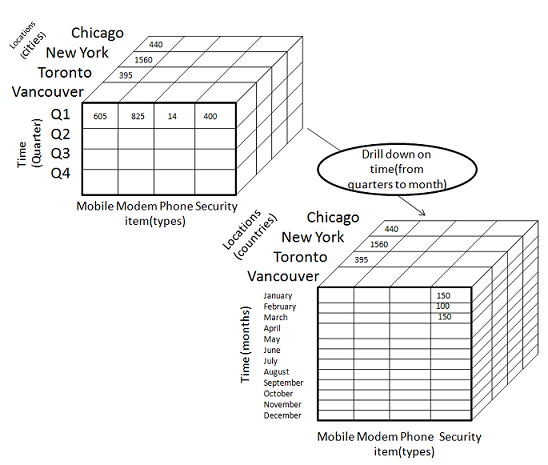 The slice operation selects one particular dimension from a given cube and provides a new sub-cube. Consider the following diagram that shows how slice works. 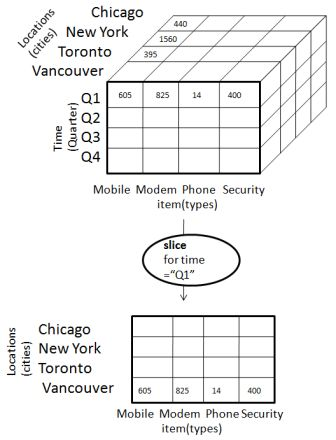 Dice selects two or more dimensions from a given cube and provides a new sub-cube. Consider the following diagram that shows the dice operation. 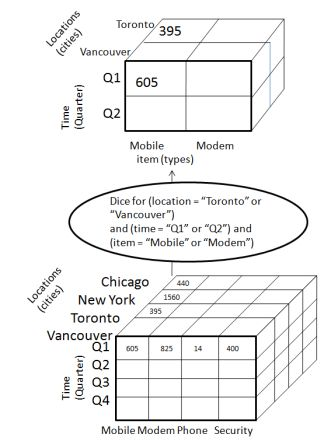 The dice operation on the cube based on the following selection criteria involves three dimensions.

The pivot operation is also known as rotation. It rotates the data axes in view in order to provide an alternative presentation of data. Consider the following diagram that shows the pivot operation. 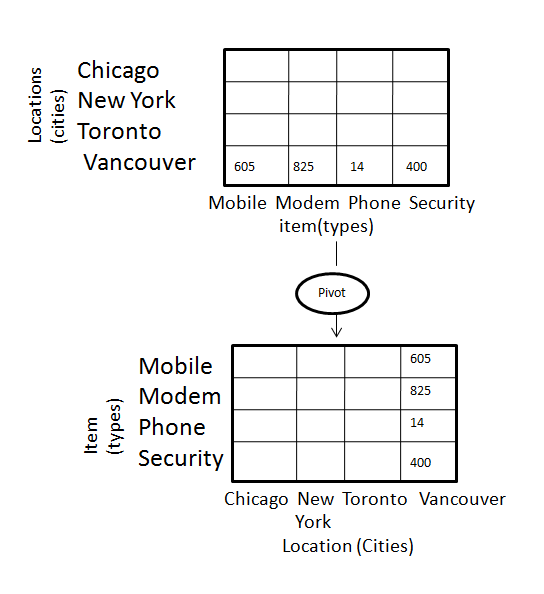 In this the item and location axes in 2-D slice are rotated.