Figure 3.1 illustrates a point-to-point circuit, which is so named because it goes from one point to another (e.g., one computer to another computer). These circuits sometimes are called dedicated circuits because they are dedicated to the use of these two computers. This type of configuration is used when the computers generate enough data to fill the capacity of the communication circuit. When an organization builds a network using point-to-point circuits, each computer has its own circuit running from itself to the other computers. This can get very expensive, particularly if there is some distance between the computers. 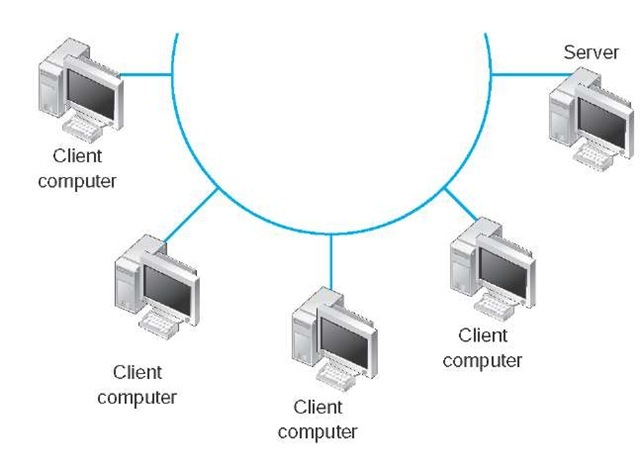