Components of a computer system

Components of a computer system

A computer is a fast and accurate device, which can accept data, store data, process them and give, desired results as output. The computer is organized into four units as shown in the following diagram.

Any device designed to assist in the entry of data into a computer is known as input device. Input devices convert data from any convenient external format into binary codes that a computer can store and manipulate internally. Some of the most common, most popularly used devices are following.
a) Mouse
b) Light Pen
c) Touch Screen
d) Keyboard
e) Scanner
f) OCR and MICR
g) Bar Code Reader
h) Joy Stick etc. 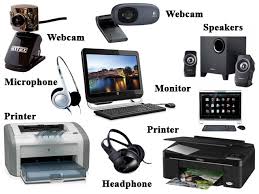 The Central Processing Unit (CPU) is the heart of the computer combined
in the sys with the processing system of a computer. The CPU carries out actions with  information  help of Arithmetic-Logic Unit (ALU). This is done following a detailed set of arithmetic instructions written in the main memory. It also uses the main memory for  the memory  temporary storage of information. Through the channels of information specified t “Bus”, the CPU instructs various parts called device controllers to transfer data between secondary memory and the main memory. The CPU accepts the data from the Input unit processes it and gives the result/output to the output device. The data/result can be stored for the use by storing it in the secondary memory. The total operations of the computer is synchronized and controlled by the CPU. The processing capacity of a computer is measured in terms the amount of data processed by the CPU in one operation. The CPU has three important sub units.
1) Arithmetic-Logic unit
2) Control Unit
3) Memory Unit
Arithmetic-Logic Unit (ALU): The ALU is an electronic circuit used to carry out the arithmetic operations like addition, subtraction, multiplication and division. This unit carries out logical operations like greater than, less than, be equal to etc. It performs the operation on the data provided by the input devices. A comparison operation allows a program to make decisions based he on its data input and results of the previous calculations. Logical operations can be used to determine whether particular statement is re TRUE or FALSE. The ALU operates on the data available in the main memory and sends them back after processing again to main memory. Control Unit: The control unit coordinates the activities of all the other units ed in the system. Its main functions are to control the transfer of data and information between various units and to initiate appropriate actions by the arithmetic-logic unit. Conceptually, the control unit fetches instructions from thememory, decodes them, and directs them to various units to perform the on specified tasks. 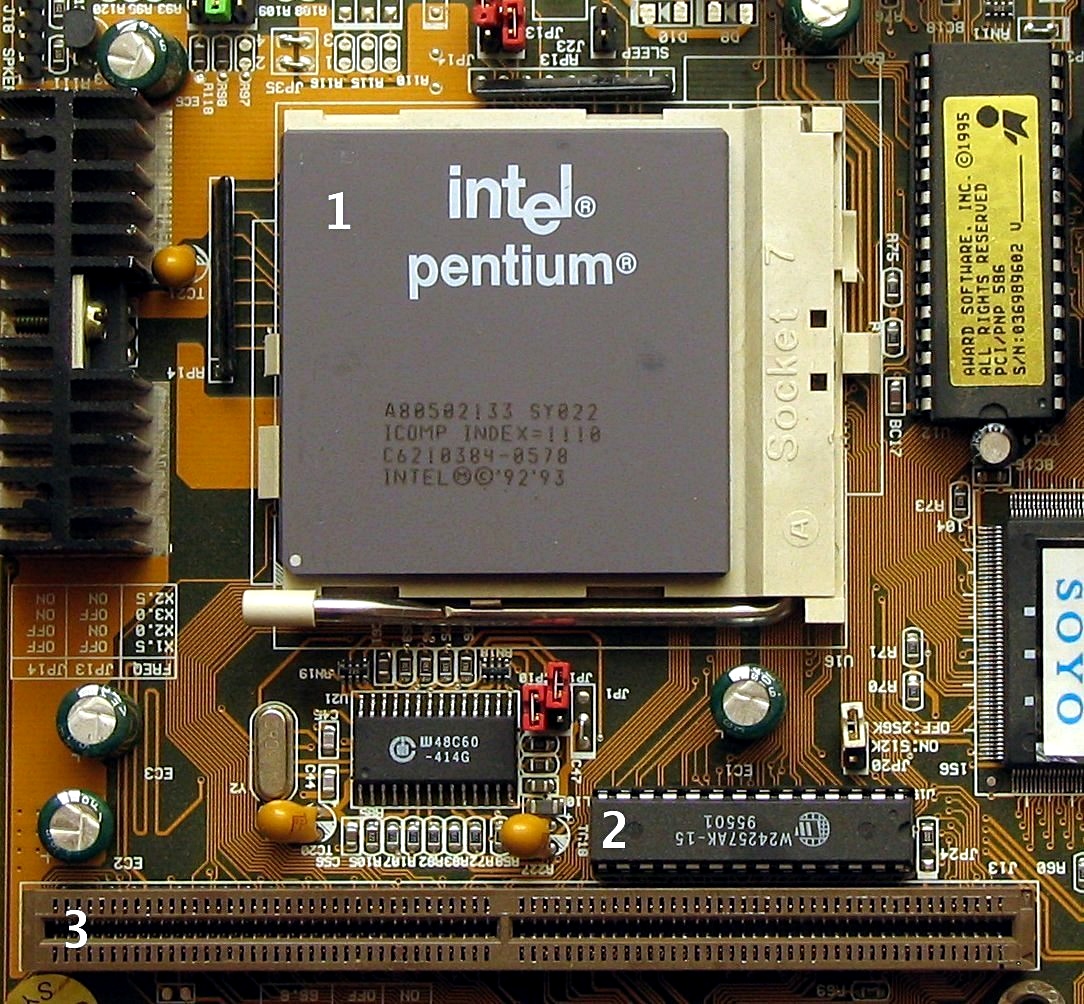 The main memory is also called primary memory, is used to store data temporarily. Although, the CPU is the brain behind all the operations in the computer, it needs to be supplied with the data to be processed and the instructions to tell it what to do. Once the CPU has carried out an instruction, it needs the result to be stored. This storage space is provided by the computer’s memory. Data provided by the input device, and the result of that processed data is also stored in the memory nit. This main memory is like a scratch pad. The storage capacity of the memory is generally measured in megabytes.
8 Bits = 1 Byte
1024 Bytes= 1 Kilobyte (KB)
1 024 Kilobytes= 1 Megabyte (MB)
1024 Megabytes= 1 Gigabyte (GB)
Different kinds of primary memory are Random Access Memory (RAM) and Read Only Memory (ROM). You can read and write data in RAM but the data is volatile or temporary that is whenever the power is switched off the contents of RAM is lost so its is required to store the data in the secondary memory if the data is required for the future use. But you can only read the data from ROM and you can not write any thing into it and the data is permanent. The manufacturer himself has written the data in it initially.

This is the permanent memory. The data stored in it is permanent. But you can delete the data if you want. There are different kinds of secondary storage devices available. Few of them are Floppy disks, Fixed (hard) disks and Optical disks etc.
a) Floppy Disk
b) Fixed or Hard Disk
c) Optical Disk like: CD (Compact Disk) DVD (Digital Versatile Disk)
d) Magnetic Tape Drive