Orthographic projection (or orthogonal projection) is a means of representing a three-dimensional object in two dimensions.

The term orthographic is also sometimes reserved specifically for depictions of objects where the axis or plane of the object is also parallel with the projection plane,[1] as in multiview orthographic projections.

•Superimposed Running Dimensions
Superimposed running dimensioning simplifies parallel dimensions in order to reduce the space used on a drawing. The common origin for the dimension lines is indicated by a small circle at the intersection of the first dimension and the projection line. 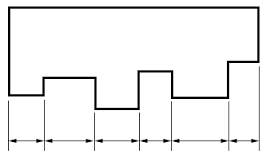 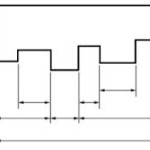 (b) is used when the circle is too small for the dimension to be easily read if it was placed inside the circle.
Dimensioning Radii
All radial dimensions are proceeded by the capital R
(a) shows a radius dimensioned with the centre of the radius located on the drawing.
(b) shows how to dimension radii which do not need their centres locating.