A girder bridge, in general, is a bridge that utilizes girders as the means of supporting the deck. A bridge consists of three parts: the foundation (abutments and piers), the superstructure (girder, truss, or arch), and the deck. A girder bridge is very likely the most commonly built and utilized bridge in the world. Its basic design, in the most simplified form, can be compared to a log ranging from one side to the other across a river or creek. In modern girder steel bridges, the two most common shapes are plate girders and box-girders.

The term “girder” is often used interchangeably with “beam” in reference to bridge design. However, some authors define beam bridges slightly differently from girder bridges.

I beams have very high moment of inertia  for the same volume of the given material.  So they have high stability in case of bending moments.  The two horizontal parts (called flanges) of the I beam can bear high bending and shearing stress. 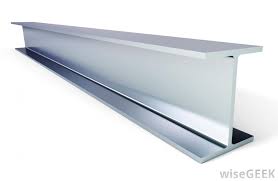 That means they do not get twisted and tilted easily.   That is why they are used in girders, and as rails on the railway tracks.

A rolled steel girder is a girder that has been fabricated by rolling a blank cylinder of steel through a series of dies to create the desired shape. These create standardized I-beam and wide flange beam shapes up to 100 feet in length. 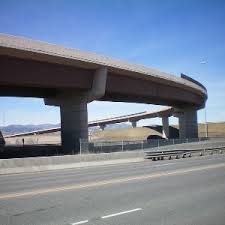